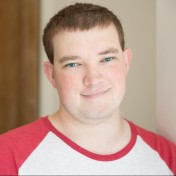 As part of our recently launched ODEA Productions, we’re exploring 360-degree and 3D objects as a way to showcase products. As 360 and 3D technology continues to advance and become more usable, more companies and brands are interested in how these tools can impact awareness and sales. The appeal of these techniques is that they give you as the audience control – essentially making you a user rather than a viewer. When interacting with an image, you can easily manipulate it by rotating to see various angles. In more advanced 3D objects, you can even open an image and see the innerworkings of a product. What a powerful marketing tool, especially early in the sales process before buyers have seen your product in person!

Here’s an example of a 3D object. After you click play, click and drag your mouse to rotate the mirror. To create an experience such as this, you first need to create a 3D object using a program like 3ds Max or Maya. This will give you a peek at the process behind building one of these 3D objects – it’s definitely not simple! It takes time and skill to digitally sculpt the object accurately. In comparison, when creating an object in Photoshop a designer is concentrating on the X and Y axis. But when he/she is crafting a 3D model, he/she is adding the Z axis into the mix. It’s a whole new way of thinking and illustrating to move from 2D to 3D – and is a skill high in demand from designers.

An alternative to generating a digital 3D object are 360-degree images which begin with taking pictures of an object on a turntable. Using a program like Iconasys, designers and technologists are able to turn the series of photos into a cohesive 360-degree image. The number of photos needed varies on the item, but it’s usually between 6-24. Here’s an example of a 360-degree image generated from photography.

We recommend using a 360-degree image if you have a single product or item that you’d like to showcase, rather than several variations of the same product. It’s certainly a simpler process to use photography as opposed to digitally creating the object. If you have an object that you offer in multiple colors or finishes, or that has intricate details, a 3D object might be the better choice. No matter which technique you use, it is important to have access to the technology and programs necessary to execute a project of this type.

Research is starting to show how these types of technologies help increase sales. For example, online retailer DueMaternity.com increased their conversion rate by 27% after implementing 360-degree images. Golfsmith.com also reports that products with the 360-degree spin feature have conversion rates at least 10% (and sometimes as much as 30% to 40%) higher than products without it.

To display 360-degree images and 3D objects on your website, there are WordPress plug-ins available. You can also upload your image or object to a website like Sketchfab and use the embed code to add to your site or Facebook page. Even better – Facebook already supports 3D posts natively! Remember that you’re not creating a video or an image per se. When using a 3D program your file will be .obj – an object file. That’s why it’s necessary to have integrations with platforms so you can accurately display and share your object file.

We predict that companies like Amazon will eventually be implementing this technology into their product listings. Currently, they only support pictures and videos. However, some sellers on Amazon are coming up with creative ways to display 3D representations. For example, this seller took photos of the object from all angles and uploaded them as separate files. So as you mouse over the thumbnails, you see the product rotate. And this seller created a video of their product rotating (it apparently doubled their sales). This can be achieved by stitching together each image in a video editing program like After Effects with a quarter of a second added between each image. Clearly users are responding to the ability to interact with these digital products, and we see the demand for showing this level of product detail only continuing to grow as the technology and infrastructure advances.

If you have questions about 3D object or 360-degree image technology or want to share your own experiences and insights, please don’t hesitate to contact us!