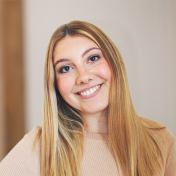 Yes, You Need to Get Ready for Another Social Network

Facebook turned 15 years old earlier this year. Twitter isn’t far behind at 13 and LinkedIn is the grand daddy of all the social networks, launched over 17 years ago in 2002. Even the new-kid-on-the-block, Instagram, is nearing a decade on the app stores. So you had to know another platform would eventually come around to challenge the “old-timers” for social network dominance. Let us introduce you to TikTok.

TikTok is the newest darling of the social world although it is impossible to find consistent reports on number of downloads and monthly users. Reports range from over 1 billion downloads globally to 40 million downloads in the United States as of last October. All numbers do indicate rocketing growth for the short-form video sharing app, including claims the app has surpassed both Facebook and Instagram in installs.

TikTok started out as Musical.ly, an app on which users could create and share lip-syncing videos. In 2016, Chinese internet technology company ByteDance acquired Musical.ly, added more features, and named their new creation TikTok. ByteDance happens to be the single largest start-up in the world, surpassing Uber in valuation with $78 billion. Its funders include some of the world’s highest-profile investors, including Japanese conglomerate SoftBank.

But what is it that sets this social platform apart? TikTok is very inclusive and takes ease of use to another level. With extensive filters, sounds, and a large volume of existing content available to customize their creations, users can immediately start interacting with videos the moment they tap the music note icon. Similar to Vine (RIP), the most successful videos on TikTok are random and hilarious. In 15 or 60 second bursts, viewers can have a laugh, forget the stresses of real life, and get insight on what Gen Z is laughing about that day (trust us, this changes rapidly). In short, it represents everything current about this generation – what they find funny, what interests them, and how they communicate with peers.

Keep in mind the history lessons of the social networks that came before TikTok. They too, with the exception of LinkedIn, all started as entertainment and socializing for the “kid” generation. Now 15 years later, Facebook has largely been abandoned by Millennials and left to the Gen X ‘rents. So although you may look at this new platform and say 15 second videos are not the way to sell your B2B product, the teens and young twenty-somethings that can’t get enough of it are already in the workplace and gaining buying power. (See our blog on Gen Zers to learn more.) Every mass-appeal social network to date has found a way to monetize their offerings by growing into a marketing platform.

One Caveat: Privacy Concerns Could Stop the Clock for TikTok

The privacy and data concerns surrounding Facebook have been in the headlines for years. The algorithms and artificial intelligence (AI) used by social networks leverage, “… the very same neural circuitry used by slot machines and cocaine to keep us using their products as much as possible.” according to one former executive at Facebook. Reports on the AI behind TikTok indicate the platform appears to be taking this dopamine-triggering ability to the next level.

This LinkedIn article reports that TikTok utilizes a form of AI on its users that strongly resembles mind-reading, suggesting videos based off users’ past actions. The technology remembers the faces, voices, and music in previously watched TikToks and recommends similar content. This data-gathering led to TikTok receiving a record $5.7 million fine in February from the US Federal Trade Commission to settle allegations that it illegally collected personal information from children under the age of 13, such as names, email addresses and their location. As users become more concerned about what social networks know – and use – of their personal data and preferences, it will be interesting to see if TikTok is able to stand the test of time.

We are always striving to keep pace with the rapid-fire changes in the world of marketing. Whether you want updates on the latest social platform, tips on digital marketing, or just want to talk, we’ve got you! Sign up for our eNewsletter to stay in the know or get in touch at [email protected].