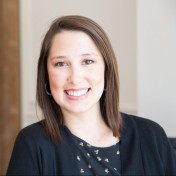 It’s that time again! Every quarter, each team member of ODEA picks a favorite example of BOLD marketing that caught their attention. We all had a hard time narrowing down our choices for this one because brand’s have been bringing it! Check out our favorites below:

Evian’s Way of Standing Out When you think about drinking water, you think of a natural waterfall in the forest with butterflies flying around, right? Well, Evian ran down a different marketing path than their competitors. And that’s why they are BOLD. Their motto is, “live young” – a quote from Evian’s Global VP, Patricia Oliva:

“We’ve been using babies for more than a decade as a metaphor of youth and today we wanted to give the babies a voice. Because today living young is living with a sense of purpose, speaking up, advocating for a life that’s conscious and optimistic.”

So, what song do you sing? Bare Necessities, of course! At the end, a baby flips a water bottle into the recycling bin. A nod to the Evian’s commitment to using 100% recycled plastic by 2025. There’s rarely an Old Spice advertisement that doesn’t make me scratch my head. They’re known for being quirky, a little weird and downright ridiculous. And those three adjectives are synonymous with BOLD. Their newest campaign, “Never Let A Friend Lose His Swagger” is all of that and more. Each commercial is a cinematic masterpiece shining light on an epidemic sweeping the nation – guys losing their swagger (and their guy friendships)! Whether it’s due to working long hours, becoming a dad or falling into the trap that is binge watching, Old Spice is letting guys know that it’s important to maintain their guy friendships and their swagger. While still over-the-top, the “Never Let A Friend Lose His Swagger” campaign uses the well-known Old Spice formula of humor and weirdness to create unforgettable content that’s sure to make consumers shake their heads.

Chick-fil-A saw an opportunity and tweeted what appeared to be a sassy response to the Popeyes announcement, extolling the virtues of its “original” chicken sandwich. And the twitter battle was on, with Wendy’s and Shake Shack joining in the fun.

The good-natured competitiveness of these fast food rivals got their fans involved in what could have been a ho-hum product announcement. But what makes it really BOLD is Popeye’s reported its sandwich sold out at many locations during the Twitter exchange. Marketing that drives sales – with a side of attitude – is the best kind of BOLD. ODEA has been all about social media lately. We’ve been doing more organic posts for our clients (and ourselves) and we’ve been doing more paid social media ads as well. This ad caught my eye and qualifies as BOLD because it stands out on a cluttered Facebook newsfeed. People love their memes and Opencare was clever enough to use memes to catch their audience’s attention (they know what the people want!). Over the course of a few weeks I saw several memes from Opencare pop up in my feed. They definitely made me laugh and I now remember their company name off the top of my head. A job well done!

Diet Coke has created a campaign that is about taking away people’s labels and seeing them for their true selves. In order to do this, Diet Coke is removing their label. What is more BOLD than a company stripping away their own brand? I think this is a wonderful way to encourage everyone to start conversations about who people really are instead of jumping to conclusions about people because of the way they look. I’m a sucker for fried chicken, and hip hop, so combining them together will get me every time. This seems to ring true for more than just myself considering there are at least 42 artists who have included references to KFC chicken in their lyrics. KFC France decided to capitalize on this free advertising by creating a Spotify playlist of all of the songs and launching it with a BOLD guerilla-style, poster canvasing campaign featuring quotes from the songs. If people are literally singing your praises, why not amplify that praise? Reputable guitar maker, Dunable Guitars, has been making a name for themselves for building some of the most beautiful, high-end guitars in the world. And now they’ve created the world’s first ‘smokable’ six-string guitar. It was produced specifically to be raffled off at the Psycho Smokeout music festival.

I think it’s BOLD because it’s extremely novel and creative, but was a slightly risky move that had the potential to alienate less open-minded, prospective Dunable customers. However, the risk seemed to have a huge payoff in reach as it had a lot of people talking and sharing. At the time of this writing, the original Facebook post of a grainy video of the guitar in action was viewed over a half million times. In a separate NowThis video post about the double-duty pulling guitar was also viewed another half million times.

Gillette “The Best A Man Can Get” Commercial This ad is a perfect example of BOLD marketing because it brings viewers on a journey throughout time, starting with young boys being bullied and acting out. The phrase “boys will be boys” is used as a turning point, and fathers begin to show their sons more appropriate ways to act. Gillette used their platform, consisting of mostly males, to bring awareness to what has been a controversial subject recently. Their braveness to go where other companies may have seen a risk is admirable and, of course, BOLD. Knowledge and awareness are necessary to make changes. Thank you, Gillette!